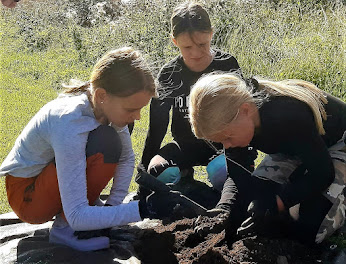 The first day of the excavation started early in the morning when the topsoil was skillfully removed using a digger to a depth of around one meter below ground surface, From here on the excavation continued manually. Many finds especially from the 19th and 18th centuries were found in the uppermost part of the find layer. The undisturbed soil underneath this seeems to hold artefacts from the 17 th century and maybe as far back as Medieval times. 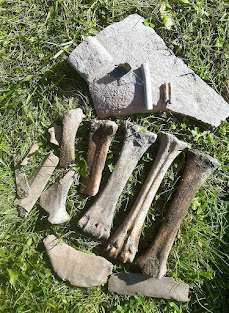 A few of todays finds a mouth harp, a roof tile, lots of cattlle bones, glass fragments and fishbones including a part of the lower jaw of a big pike. 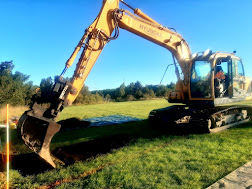