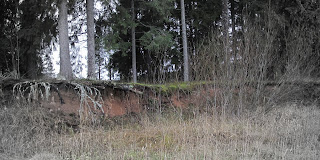 "HANKO 1941" is a WW2 conflict archaeology project started by me Mr. Lasse Nyman (SMY) and BA, archaeology student Teemu Väisänen in the spring of 2018. We work closely together with Hanko Museum (the town of Hanko), Hanko Front Museum, Hangö Sommaruniversitet and Metsähallitus. 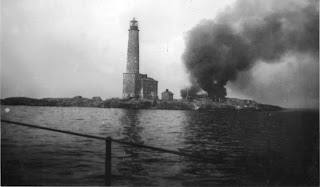 The battle for the Bengtskär lighthouse  June 26th 1941. Photographic documentation of the traces of a fierce battle in the SW Finnish archipelago.

The project aims at looking at the battles and forgotten fates of Finnish, Scandinavian and Soviet forces, individual soldiers and civilans on both sides, caught in action on a secluded part of Hitlers "Nordfront" in the early stages of "Operation Barbarossa" when after the German and Finnish offensive bloody battles raged on the mainland and especially on the islands around Hanko June 25th and December 2nd 1941. 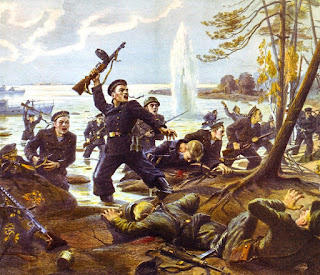 Soviet propaganda picture showing the defence of Hanko ("Gangut) in 1941. We look objectively beyond this picture as well as the general picture of the battles as seen from the Finnish side.

During the past two days we have surveyed the Soviet (1940-1941) fortifications on the south side of Cape Tulliniemi with remarkable results. Some 70+ battle and rear positions give new insights into the Soviet preparations for a possible German or Finnish attack. 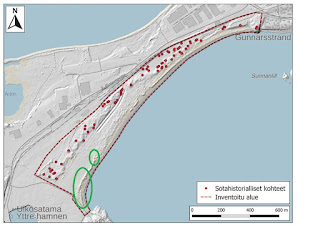 Some 70 Soviet fortifications, all built between 1940 and 1941 protected the Hanko beachead.

The idea is to preserve areas of the conflict for future generations as a reminder of the futility of war as well as a nature reserve area. Cape Tulliniemi in particular. 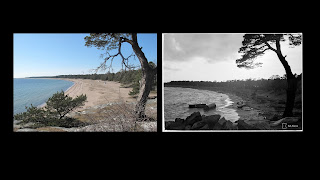 The southernmost point of Finland, Cape Tulliniemi in 2019 and 1942. Photo Jan Fast and SA-kuva.
Lähettänyt JFArchaeology klo 18:18 No comments: