Despite of the 2016 main archaeological excavations of "Deutsches Lager Hanko 1942-1944"  beeing over for the summer season, we are still continuing documentation work as well as and small scale digging at the site until snow falls.

Below are a few finds from our latest visit to this (for Finnish circumstances) extraordinary large and well preserved WW2 site. 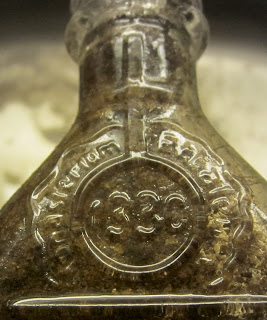 A well preserved German "Likör" bottle from the Benedictiner Monastery of Ettal in Bavaria Germany.. 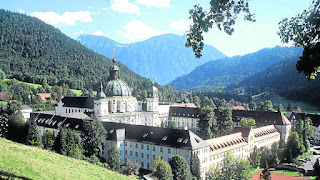 Below are some small telltale items of the "Waffenbruderschaft". Finnish porcelain lemonade and beer  bottle caps. 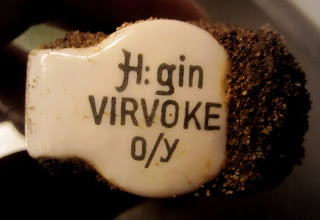 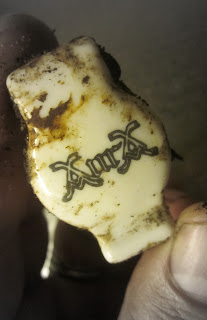 I would like to thank "Hangö Sommaruniversitet" for understanding the value of the Community Archaeology effort of this project as well as the Scientific part in 2016.

Last but not least I would like to thank the Finnish Defence Forces and the Finnish Police (Raseborg district) for their support and help in 2016. We are of course beeing extra careful when researching the area but we need your co-operation and help now and in the future 2016-2018. I´m looking forward to our meetings in the upcoming weeks. 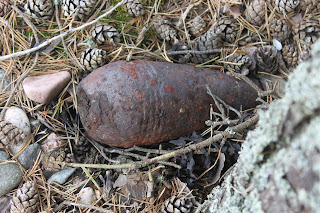 An unexploded , highly dangerous 81 mm mortar grenade found during our research and promptly removed and dismantled by the Finnish Defence Forces/Police authorities in July 2016.
Lähettänyt JFArchaeology klo 23:40 No comments:

Here´s as interesting new article (Suzie Thomas, Anna Wessman and Leena Koivisto) on a couple of issues regarding metal detecting in Finland. 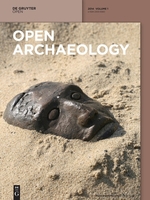 Here are a couple more late iron age axeheads for you to admire all pictures by Petri Anttonen! I´ll keep you updated about the finds here as things progress. 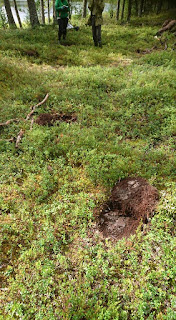 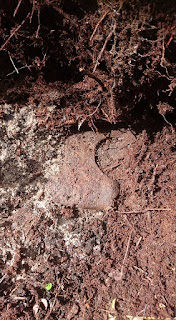 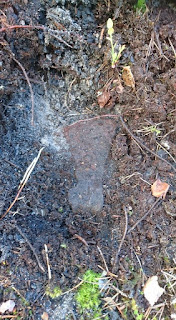 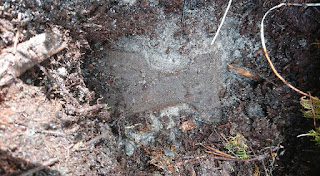 The find site of these axes, close to the center of Suomussalmi,  was inspected by archaeologists Esa Suominen and Riikka Mustonen from the museum of Kainuu "Kainuun Museo".

This must be one of the more intriguing finds this summer. Metal detectorist Petri Anttonen first found a late iron age axehead and today when another site he found was visited by archaeologists today even more items were recovered. 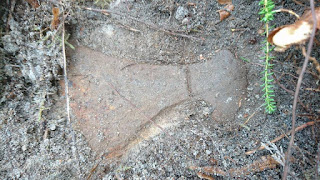 The first find, a large iron axe head, the find site of the axehead has not been documented yet.

The area is natural untouched forest by a lake. Even though the axehead was found directly underneath the topsoil there seems to be a small cairn like structure close to the find site too! According to Anttonen small bronze fragments were also recovered at the findspot. 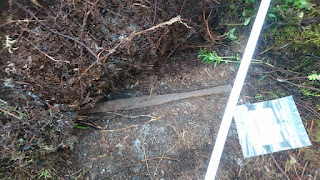 A grave? What appears to be a viking age E-type spearhead. 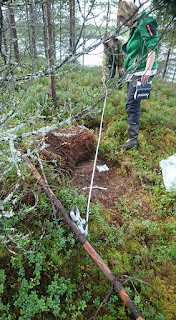 Congratulations for these magnificient finds and thanks for reporting them to the archaeologists!

A similar grave find like the one with the spearhead was reported last year. Below is a link to an article (in Finnish) about the previous find.

The documentation of the German Barracks continues. Photo Japo Knuutila.

Today we visited "Deutsches Lager Hanko" again, the idea was to mostly do documentation but because of the good weather and the talented crew we decided to do some digging too. Below area few of the hundreds of finds from today :) 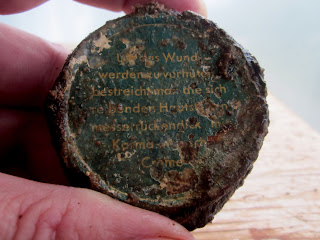 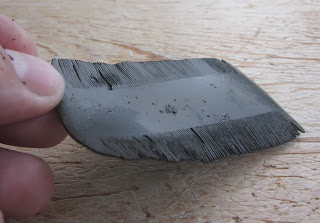 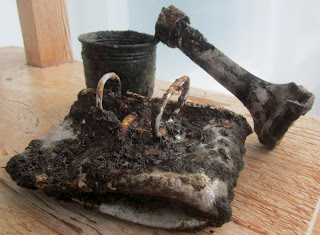 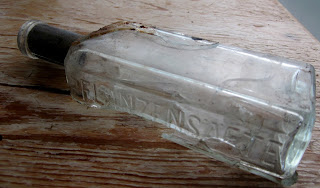 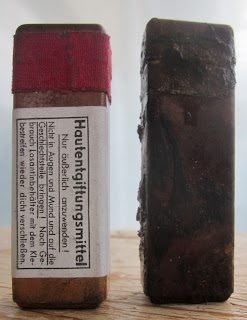 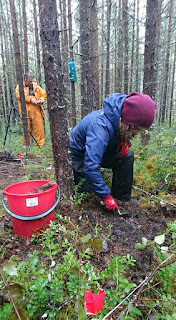 Sad to see it in the pictures the weather looks very rainy indeed. The finds are mounting though. Some of the finds are of course very similar to the ones found earlier this season during the excavations of "Deutsches Lager Hanko". Good luck guys, you are doing an excellent job! 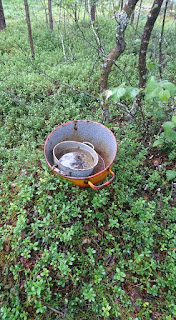 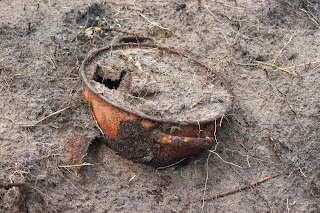 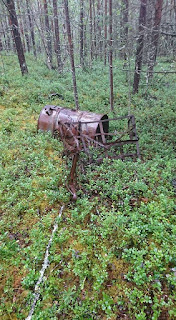