The dig started off in perfect summer weather, the sea was totally calm too. Today was quite a short day were we only concentrated on the excavation area from june, making sure it was dug to the bottom. 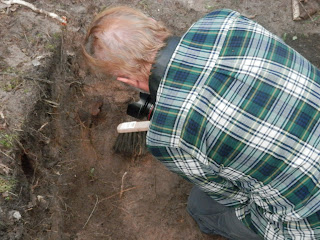 I was slightly surprised in the amount of finds though the layers were clean yellow sand. Some 12 + food cans a couple of bottles and beer capsules were among the more frequent finds. 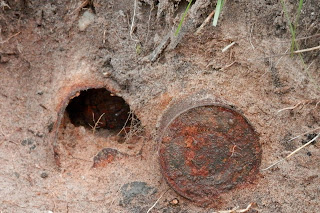 We also found some smoking utensils such as a German cigarrette box (Echt Orient) and even one cigarrette. Seems like the sandy soil has helped preserve paper items.. A mirror and a comb were the only finds associated with personal hygiene today. 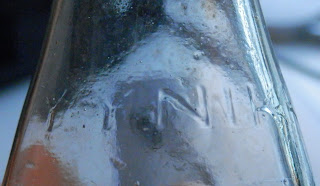 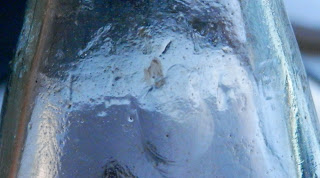 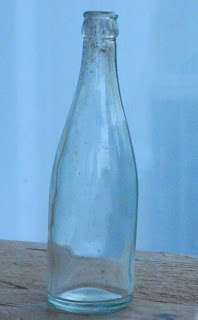 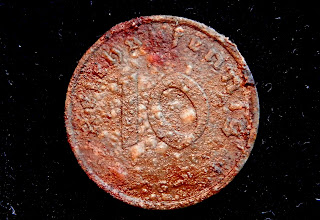 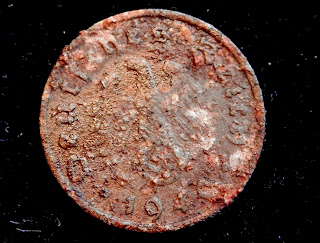 Finally it´s time to continue were we left off in june 2015. We will continue  excavating the first large German WW2 dump we located in the area in the autumn of 2014. There are at least two others too but at the moment we will be taking it slow and concentrate on the documentation. 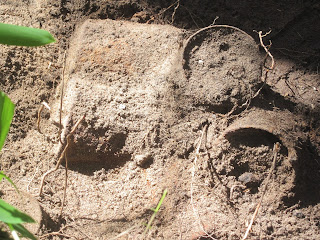 This is only the start of the conflict archaeology excavations of this large WW2 site. The excavations are a part of my doctoral dissertation about the camp. Other fieldwork will take me on roadtrips to the Eismeerfront and to Germany (Bremen and Berlin) and Austria  (Wienna) in the year to come. 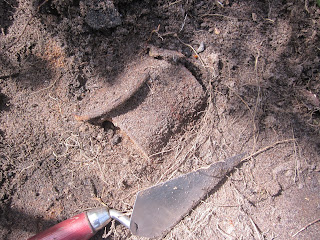 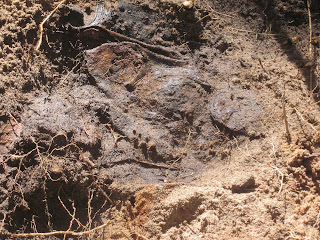 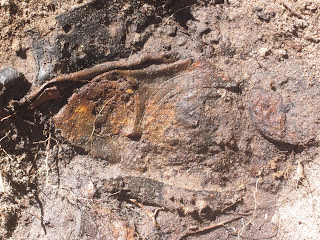 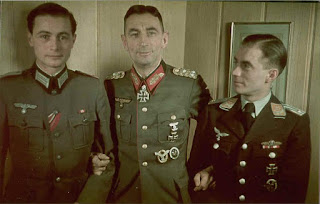 The archaeological excavation of the WW2 Ukrainian prisoner of war camp and the large German transition camp in Hanko S. Finland continue in September and October!! The digs are part of my doctoral dissertation of the camp. 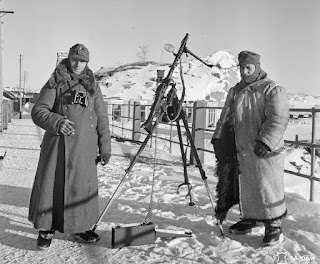 German and Finnish soldier in the harbour of  Hanko S. Finland probably in 1942. Photo SA-kuva.

The first leg of the excavations is scheduled for 31.8 - 3.9. 2015.  The second dig will probably be from 5.10 - 11.10.2015. Anyone interested in WW2 history or archaeology is invited to participate. There is no participation fee and all necessary digging equipment is provided on site by JFArchaeology.

The scientific research has made possible by grants from "Sparbanksstiftelsen i Hangö" and the photographic art project ("Poetic Archaeology") is funded by "Vetenskapsrådet" (Sweden). The excavations are carried out in close co-operation with the National Board of Antiquities, Hanko Museum, the City of Hanko and Metsähallitus. Permits for the excavations have been granted by the landowner (city of Hanko). All finds are documented, catalogued and kept at Hanko Museum. 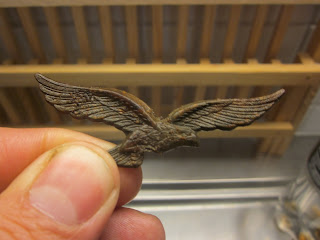 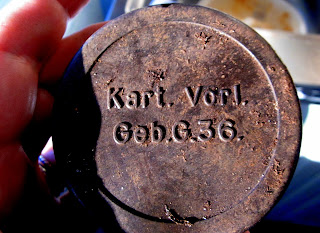 Bakelite box for the Gebirgsgeschütz 36. 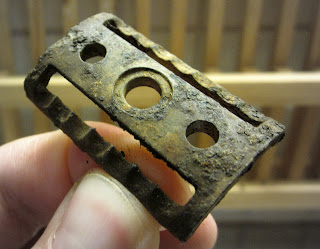 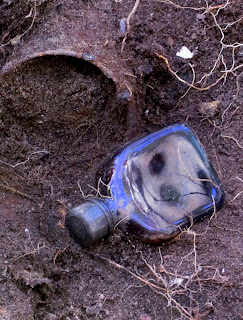 Food can and ink bottle (Faber) 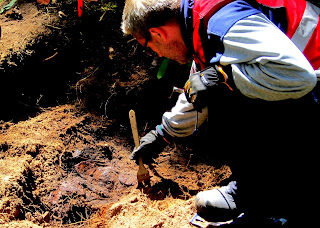 Digging a pair of  "Gebirgsjäger" boots.

The excavation will produce large amounts of period finds illustrating the German military prescence in Hanko during WW2. I invite local as well as foreign participants to join the dig. Send your letters of interest to jfarchaeology@gmail.com.
Lähettänyt JFArchaeology klo 16:40 No comments:

I will be updating here again in mid August after my summer vacation.  Very interesting new digs coming up. WW2 archaeology in Hanko S Finland ("Deutsches Lager Hanko 1942-1944") and Early Comb Ceramic Culture in Raseborg SW Finland. Please send a letter of interest to joneij@gmail.com if You wish to participate. 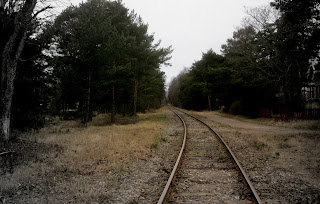