Today was the second day of the long awaited 5th field season of the excavation of the German transition camp. The good news is of course that we have struck a very interesting and undisturbed dump from 1943 (at least according to some of the "Lappland Kurier" pages we have found). 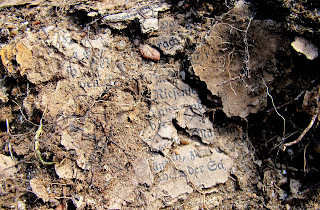 The finds illustrate a wide variety of the activities of German soldiers visiting the camp before taking the ships that carried them home to Germany or back to the "Nordfront. A beautiful flask with a leather cover was left behind by an unknown German soldier. 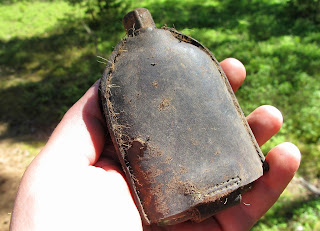 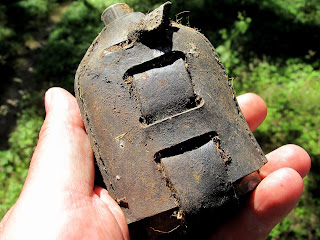 It seems the German soldiers found a trench dug by Soviet forces during the occupation of Hanko 1940-1941 and filled it with trash from the nearby barracks area. The work is quite hard because of the many finds. It is also probable that the trench is quite deep so we expect a lot more finds during the following days.

Excavating and documenting layer one.

Below is a selection of the hundreds of different finds from the second day of the dig. The finds include many bottles and items related to personal hygiene as well as militay items like Mauser cartridges, Losatine gas contamination packages, cigarrette packages, coins and buttons... 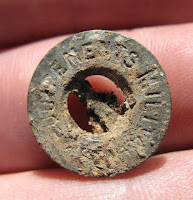 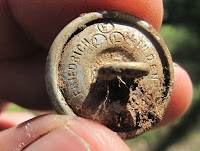 French (left) and German button (made by Friedrich Linden Ludenshield). 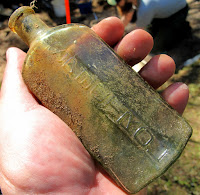 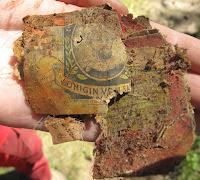 Tomorrow we will start excavating layer two of the German dump. 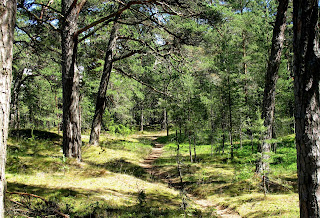