Last may I heard about ten year old "Jussi" from Helsinki who wanted to become an archaeologist. 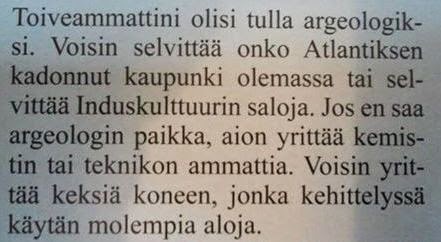 The words written by by "Jussi" in the "Kevätpörriäinen" children´s school magazine touched me deeply and I decided to do all I can to try to  locate him and to give him and his family an opportunity to spend "one day as an archaeologist" with me. Today I got a call from Jussi´s headmaster and spoke with his mother on the phone. 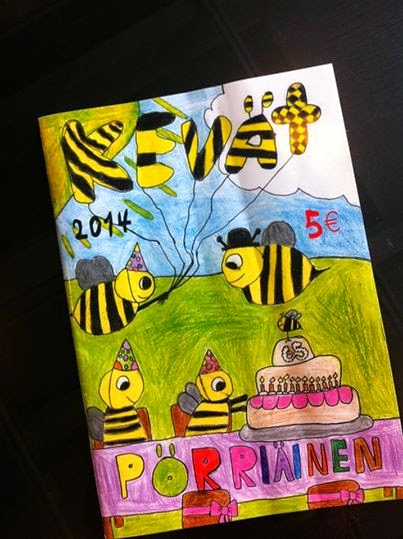 Jussi´s  dream will become a reality in july/august 2014 when he and his family will be participating in the HEUREKA archaeological excavations of the stone-age dwelling site of Jokiniemi. Welcome to the exciting world of archaeology Jussi!
Lähettänyt JFArchaeology klo 14:29