The dig is almost over... but we will be continuing in September 2016.

The last two days have been sunny and warm here in Hanko. I´m sure all of us will cherish these moments next autumn and winter. 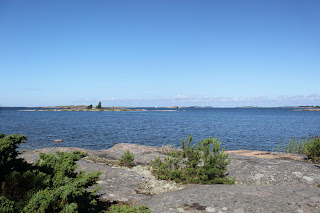 We have have been focusing on the beach area. As the nature path to Uddskatan is extreamely crowded this time of year we have been doing a lot of explaining for the passers by, telling them about WW2 conflict archaeology and the German transition camp. 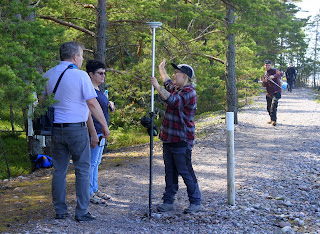 Archaeology student Jasmin Jyrä (University of Aberdeen) telling passers by about our work.

Today we added a few Norwegian WW2 finds to our list of finds from different parts of Europe. 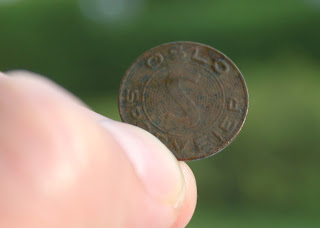 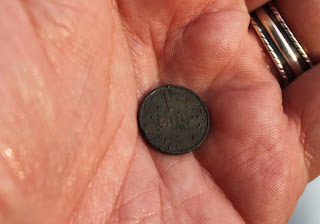 Below are a few of our finds from today (and yesterday). The french military uniform button AM Paris) might be a souvenir from France were many of the troops passing through Hanko were stationed before beeing sent to the "Nordfront". 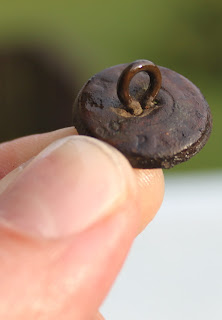 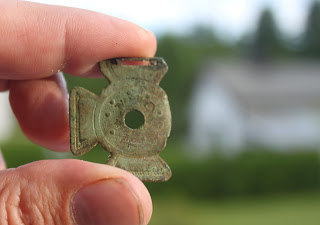 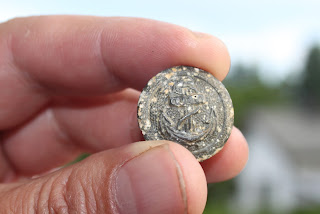 The weather report says tomorrow will be a rainy day but no worries, we are already planning the continuation of the excavations in September. Before that though we will have a couple of meetings with the police and the Finnish Defence Forces regarding security issues when excavting the deeper layers (which sofar, we have left untouched).
Lähettänyt JFArchaeology klo 23:14