A tight context is everything, even the more so in WW2 conflict archaeology

I have to say that finding an untouched closed dump from 1942-1944 was not what I expected in area of much military and other (Finnish government) activity 1945-2015.

Some parts of the former camp grounds are a mess, still they are labeled "Natural reserves" and protected as such.

Although the many period finds that illustrate the German military presence in Hanko S Finland are by no means sensational in themselves, the finds from the German dump in Deutsches Lager Hanko are a different story. 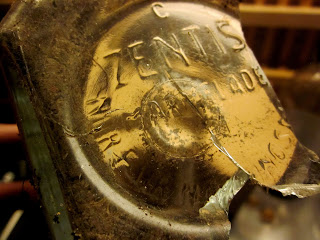 These carefully excavated and documented finds can be used as a basis when forming a detailed picture of the daily life of the soldiers lives here 1942-1944. The museum of Hanko will be keeping and showcasing the finds and the tragic history of the German transition camp in an exhibition in 2017. 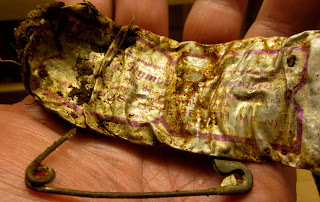 Even the smallest things tell interesting stories when their find context is solid.
Lähettänyt JFArchaeology klo 00:27