This time the visit is about tourism, safety of visitors participating  on guided tours on site, and the WWII heritage of the German transition camp in Hanko in general. I would like to add the question of ethics when organized guided tours of the area are being planned. What is the history we would like to put forward to the visitors and what are the relevant questions that need to be addressed before putting a guided tour together. 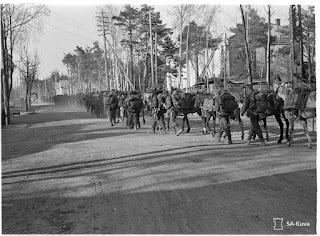 From the start of my conflict archaeology project in Hanko I have emphasized the need to reach out and to give the general public access to all the data that the project might bring. The idea has all the time been to involve schools and local institutions in the work to uncover their WWII heritage. 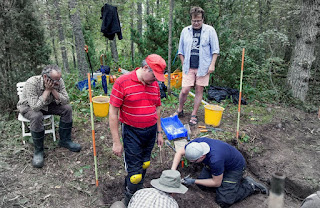 The town of Hanko has been very supportive to the idea from the very beginning, an exhibition displaying the finds from the excavations will be shown in Hanko in 2018 among other happenings commemorating the dramatic WWII history in the area. I´m very hopeful we can reach an agreement on how to present the remains of the camp to the general public, safety first. 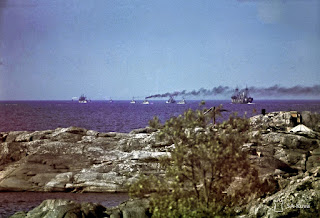 German troop carriers, carrying German soldiers back to the Reich on so called "Heimaturlaub". Photo SA-kuva.

I will post fresh phtos of the site tomorrow!
Lähettänyt JFArchaeology klo 18:54