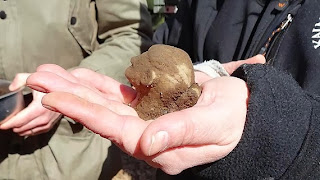 Fresh out of  the ground! 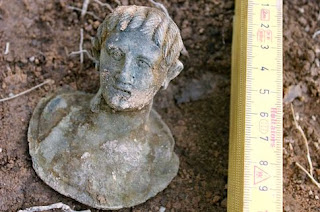 The finds from the 120 square meter excavation area of 29 miniature golden male figurines or so called. "guldgubbar"  and six head torsos (masks or busts) of Celtic, Roman or Scandinavian origin! The heads may be ornaments from bronze vessels or cauldrons of which several fragments vere found during the excavations. 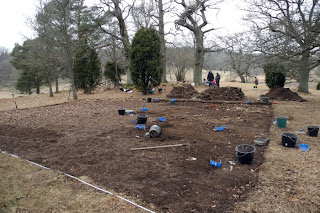 The 120 square meter excavation area. A few of the golden figurines were found already in the upper layers. 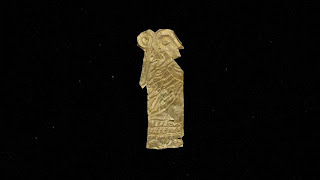