and of course the Långåmossarna stone age dwelling site today.

In Ekenäs Gymnasium it became clear that we will be approximately 16 people participating in the Långåmossarna archaeology project which is more than enough to get the planned things done on site. The students attending my lecture were very attentive and asked really good questions as well. The themes circulated around issues of stone age life, material culture and contacts between different groups of people in the Baltic Sea area. 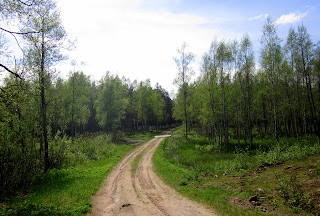 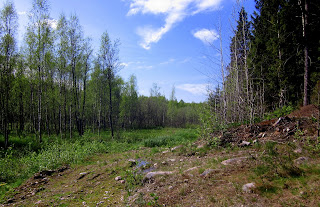 After the lecture I visited the Långåmossarna stone age dwelling site to do some planning and check out what had happened at the site since my last visit in the spring of 2012. The erosion had progressed as suspected and I observed at least one stone age hearth in the profile of the gravel pit. 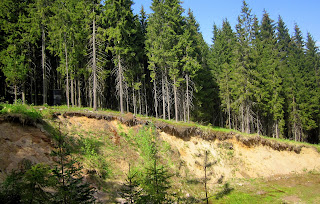 The gravel pit at Långåmossarna. 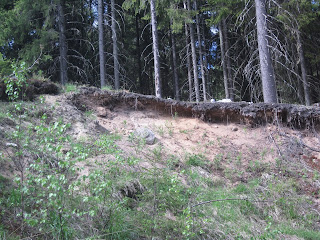 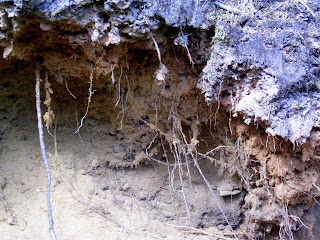 30 cm thick cultural layer in the profile of the gravel pit with finds consisting of mostly burnt bone.

At places the road that cross cuts the dwelling site had been levelled and as a result a deep brownish red cultural layer showed up at several places were the road crossed the ancient sea shore terrace of the site. 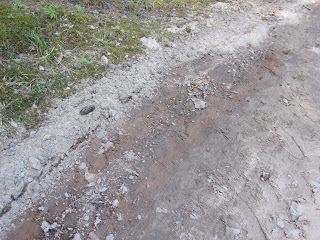 Cultural layer on the road!

I picked up a few stray finds during my visit and made a distribution map of the finds for next monday. 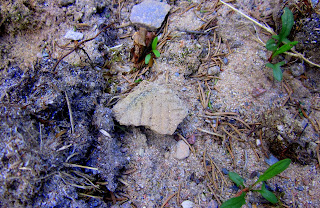 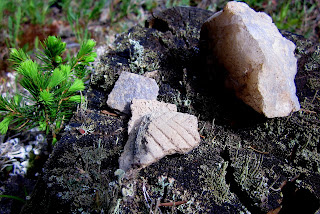 A few more finds, pottery and a quarts core.