The find of a lifetime in Inkoo S. Finland

WORK in a housegarden in Inkoo S. Finland came to an abrupt end when Eija Ström stumbled on an approximately 5000-year old large neolithic flint artefact. The artefact (possibly a knife or an arrow- or spearhead) is some 9 cm:s in length and 3 cm:s at its widest point. The find resembles arrowheads from the so called Typical Comb Ceramic period but is much larger than previous finds in the area. 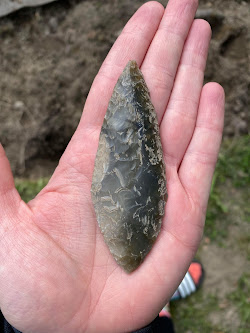 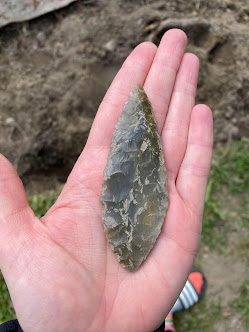 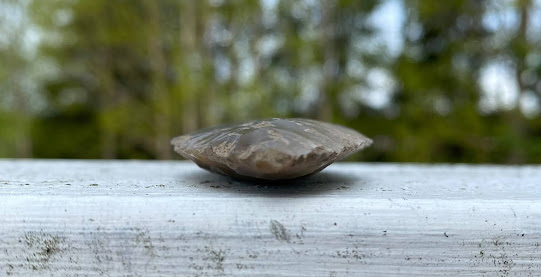 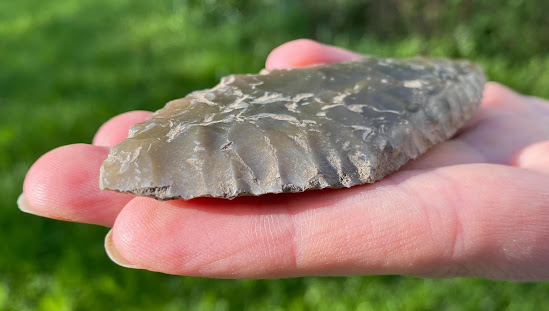 The beautiful neolithic flint artefact photographed soon after it was found in the housegarden. Photos Eija Ström.
The find spot is situated approximately 30 meters above present day sea level which might indicate that it was lost on dry land a couple of meters above the stone age seashore. Whether or not the find indicates a stone age dwelling site is however still unclear. An inspection of the find site by the experienced archaeologist from Länsi-Uudenmaan Museo is scheduled for next week. 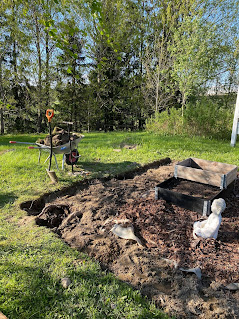 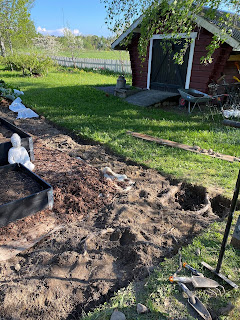 The find spot in the housegarden in Inkoo. Photos Eija Ström.

The raw material is probably of eastern origin although it can´t be ruled out that the artefact is made of Scandinavian flint (archaeologist Mikael Manninen via FB). The nearest flint occurances are situated hundreds of kilometers from the find site. There are two alternative explanations of how flint arrived in Finland during the Neolithic. It was either brought to the area by individuals who could personally get hold of it from natural sources. The other theory is that flint was procured and used by several different individuals and distributed by exchange networks over long periods of time (Hertell & Tallavaara 2011, p. 12).

Video of the find: