A forgotten grave of a German "Kriegsmarine" soldier in the archipelago?

Today an article was published in the local newspaper about the repatriation/reburial of the seven KIA Soviet soldiers discovered near the defensive positions of the 3rd battery of 204th air-defence and artillery division in Hanko Tvärminne. The article produced an interesting phone call from a local elderly man. 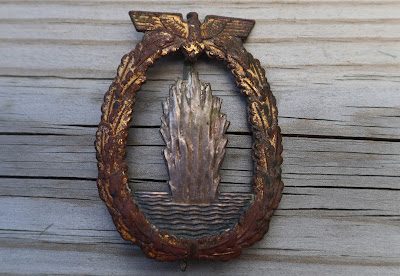 "Minensucher-Kriegsabzeichen" found by a local on the Hanko front in the area were the German the German war ship "Brummer" was anchored.

According to him the bodies of seven German soldiers drifted ashore in the archipelago SE of Hanko in the summer of 1941 or 1942. Six of the soldiers were buried on a larger island close to the mainland and the seventh one on a small skerry further out to sea. 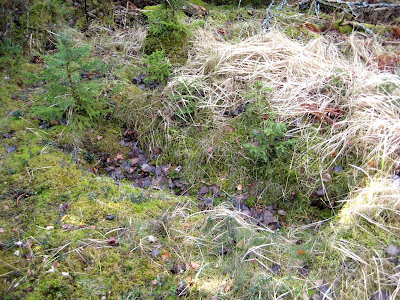 A low depression in the ground marks the place of a war grave on the Hanko Front.

The graves of the six soldiers were opened and the bodies moved from the temporary grave site in the summer of 1952 and transported to the nearby town of Ekenäs but the remains are said to have been buried in the churchyard in Pojo. According to the informant the seventh soldiers grave was for some reason left untouched and the soldiers mortal remains are still on the small skerry. 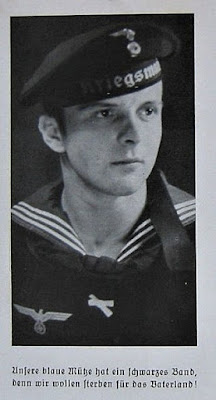 "Sterbebild" with picture of a "Kriegsmarine" soldier killed in the Gulf of Finland.

The story is one of several gathered and investigated in the course of the "Hanko 1941" project. Even though many of the stories can´t be verified as such,  careful archive, cartographic and photographic studies can often offer more information that in due time forms the basis for scientific conflict archaeology fieldwork. 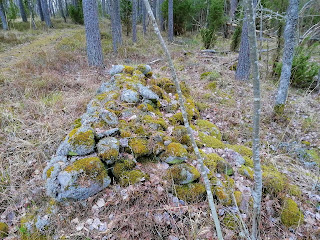 In the rocky soil of the archipelago cairns sometime mark WW2 grave sites.

If you have any knowledge of war graves on the Hanko peninsula please contact us. Every soldier despite of Nationality deserves a name and a decent grave.