The 2017 field season of the conflict archaeological research in Hanko has just started. We are excavating the westernmost part of the large German "Durchgangslager" situated in Hanko s. Finland between 1942 and 1944. The first leg of the excavations are conducted by history students from two local schools (Hangö Högstadieskola and Hankoniemen lukio). This excacation is financed by Aktia Stiftelsen i Hangö sr. 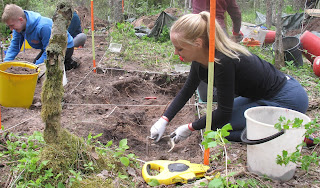 Students from "Hangö Högstadieskola" excavating layer one of the German WW2 transition camp. 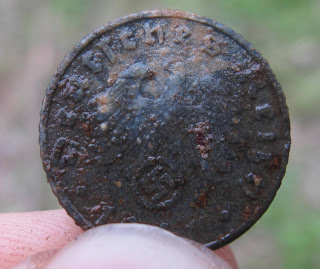 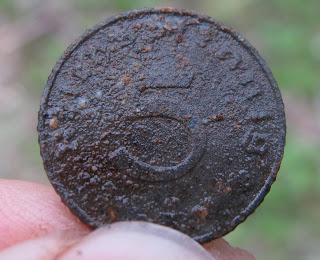 We are currently excavating in two different areas quite close to each other. Area 1 is a continuation of last years ecavation of a large German dump pit.  The excavation in area 2 is a trial excavation prior to large scale excavations of the site in June and July 2017. 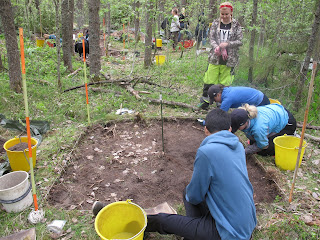 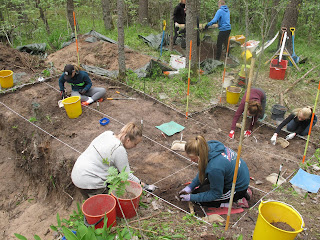 Removal of topsoil on excavation area 1.

The German finds so far have mostly consisted of cigarrette boxes, bottle glass, buckles, combs, mirror fragments, buttons and coins (1941). One large lid of some sort (found today) seems to bear Soviet text but we still need to find out what it says :) 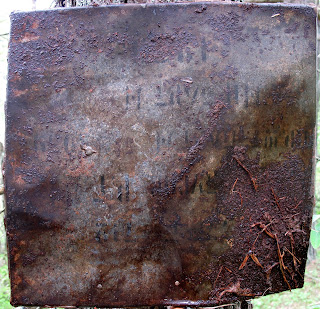 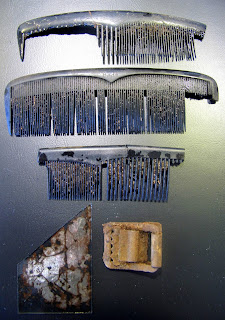 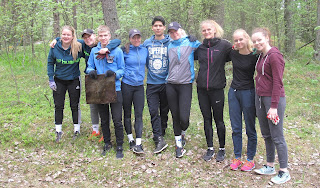