For the last couple of days we have been excavating a 6000-year old stone age dwelling site at Långåmossarna in Raseborg (S. Finland). 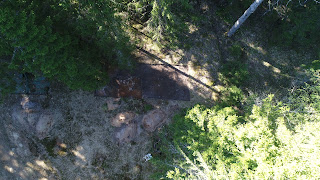 Drone photo of the area with the three hearths at Raseborg, Långåmossarna. Photo Max Hartwall.

At the same time another team of archaeologists have been excavating another site from the same time period in Espoo, ca 70 km east of Raseborg. 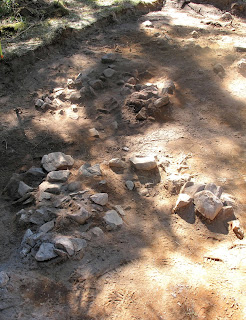 Both sites have yielded many hearths and at least the eleven ones found in Espoo might be associated with the seasonal cooking of seal blubber during the period in question. 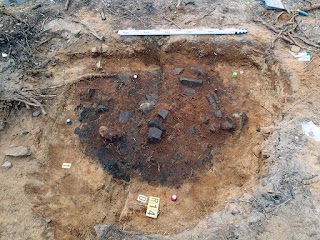 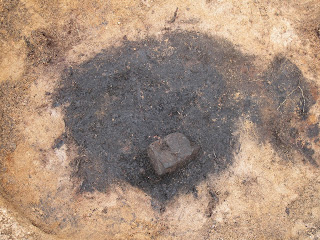 Bottom layer of a hearth from Espoo, Urheilupuisto.

Great finds! It´s quite rare to have so many hearths found at the same time, and very interesting indeed to be able to compare them during the actual fieldwork. Sadly the hearths from Espoo only produced very limited amounts of dateable finds. We will have to wait until we get the results from the C-14 analysis until we know the excact chronology of the two sites. 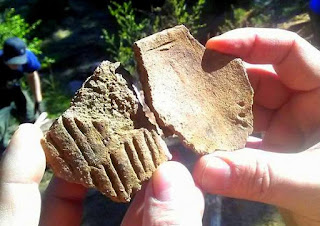