Today me and my parents travelled back in time and visited the places from my childhood and also the childhood of my father (born in 1933). Both of my fathers parents came from Hanko, Finland and during my early childhood we had a whole bunch of relatives there. As a result I spent almost all of my childhood summers in Hanko until the age of 18. 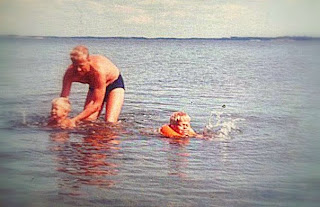 Learning to swim. In the backgroun ar the island of BroLo were heavy fighting took place in 1941 between Finnish and Soviet troops. This was treasure land, mostly off limits for me at the time the picture was taken.

Back then (in the 1960´s and early 1970´s) WW2 was only some 20+ years away and the debris of war, still visible on the surface, made a huge impact on me. Together with the assistance of a few local daredevils (the "Backman brothers") even I "the scared one" endeavored on  many treasure hunting trips, some of them with good results. It was here that I first got into archaeology. 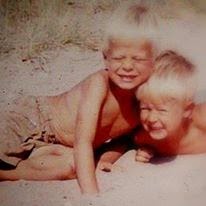 Me and my younger brother Mikael close to "Deutsches Lager Hanko" in 1969. This time enjoying the beach ;)

It sure feels good to be back here again after all those years, and  now, as a professional archaeologist. I can tell you it feels safe and warm too. I hope that my "Deutsches Lager Hanko 1942-1944" project and the "Poetic Archaeology" project will contribute in many ways to the dramatic story of Hanko, it´s people and role in sea traffic, conflict, social history and war... through the ages.

The story we are about to tell is not a totally pleasant one but I feel it has an important role to play in contributing to peace in Finland and  of course also Europe in general. The pedagogic approach and the involving of locals in the project (memory history) has a very high priority too! 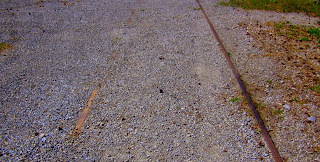 A forgotten railroad track in 2015, that once lead from the "Nordfront" to the German 1942-1944 transition camp in Hanko, Finland.