From Hanko to Pechenga

I´m currently in the process of writing a feature "WW2 Conflict Archaeology of the Nordfront" for "Iron Cross Magazine".

Over 60 million people perished in the Second World War and in this almost unapprehensive scale, the German losses and the events of the war on the northern front may seem tiny. Set against this backdrop the events that occurred in Lappland or the small seaside town of Hanko S. Finland, between 1942 and 1944 appear almost microscopic. 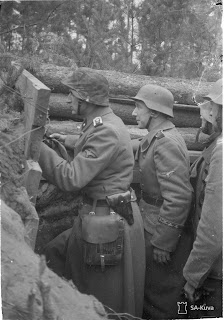 And still, the continuous stream of German soldiers heading for the battles of the “Eismeerfront” through Hanko and Finland between 1942 and 1944 is a reminder of the all engulfing power of a world war.

Photos of German soldiers who died on the in Finland during WW2 and a decaying German barrack in Hanko. Photo Japo Knuutila.
These forgotten battlefields, long lost camps and decaying artefacts in the soil, tell thousands of different and personal stories about war.  The words of the German soldiers in their letters and diaries, photographs and documents, the slowly decaying barracks as well as the common and mundane artefacts in the soil, all bear witness of the helplessness that ordinary human beings felt and experienced amongst the crushing and devastating historical events of a world war. 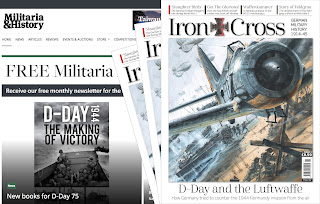 "Iron Cross is the UK’s only magazine focusing entirely on German military history from 1914 to 1945. It launched with great success in June 2019 and is available worldwide in both print and digital formats.

Iron Cross puts the German military under the microscope; looking at organisations and tactics, as well as at materiel, technology, politics and the more personal and human elements of the German serviceman’s experience.

The content covers the land, sea and air war across all periods of both wars and is written by a team of international experts and historians. To a more limited extent, it covers the inter-war period in Germany between 1919 and 1939."