A Finn after all? New information on the genetics of the Janakkala swordsman

The grave of the so called Janakkala swordsman, containing two swords, was found by metal detectorists in the autumn of 2013 . The grave has since been dated to the 14th century. Genetic research has revealed interesting information about the man and his genetic heritage. 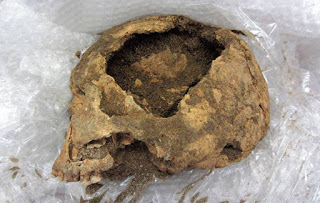 The genetic heritage of the Janakkala swordsman is much like that of Finns today. According to osteoarchaeology professor Jan Storå from the university of Stockholm it is more probable that the man was from the area modern day Finland than that he was a warrior from some other European country. 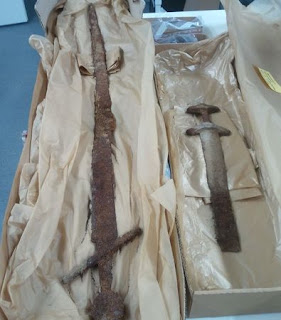 The text above is a free translation of the article in "Karjalainen". Read the complete article (in Finnish) by clicking on the link below.