The stone age mysteries of Porvoo next!

The muncipality of Porvoo is situated on the southern coast of Finland approximately 50 kilometres east of Helsinki. It is one of the six medieval towns in Finland, first mentioned as a city in texts from the 14th century. The Porvoo Old Town is a popular tourist destination, known for its well-preserved 18th and 19th century buildings and 15th century cathedral, the Porvoo Cathedral. 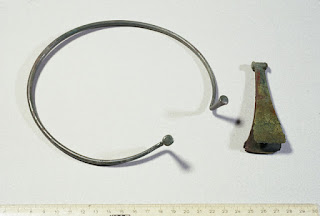 But Porvoo also has a great prehistory with intriguing finds frome both the stone- and bronze ages and of course the iron-age. Many famous Finnish archaeologists have made excavations here over the years but this is the first large scale community archaeology excavation in this area. 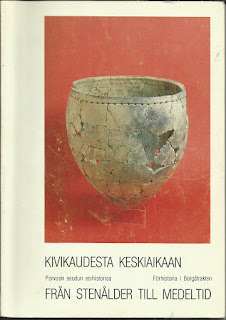 A small book about the prehistory of Porvoo.

Our focus of interest will be in the neolithic stone age of the previously rather poorly known dwelling site of Vävarsbacka II. Finds from many different time periods (comb ceramic pottery, corded ware pottery and asbestos tempered ware) have previously been found here but the site has been poorly documented and therefore not much is known about the context the finds belong to. 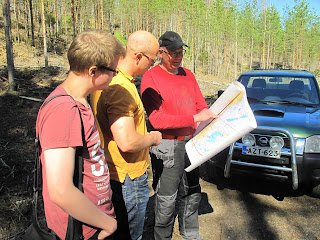 Archaeology student Teemu Väisänen(left) and archaeologist Janne Soisalo (center) on the look for the stone-age in Porvoo during our visit to Vävarsbacka in May 2018. Photo Jan Fast.

The exiting journey started yesterday, when I lectured about the stone age and archaeology to 24 of the participants of the upcoming excavation at Borgå Medborgarinstitut. Can´t wait for the dig to start!