These WW2 helmets lay forgotten for decades in Hämeenlinna 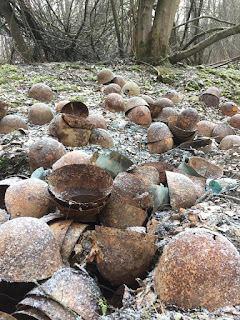 WW2 helmet dump in Hämeenlinna prior to the Easter holidays. Photo Iisakki Kiemunki.

As news about the helmets leaked out in the social media people rushed to the site each to collect their own part of WW2 history. 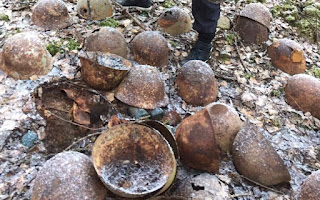 While some visitors settled for one helmet others carried away as many as they possibly could. According to an eyewitness there was something of a queue to the area on Saturday. Some of the looters "proudly" showed off their salvaged finds on the metal detecting forum "Aarremaanalla" (Treasure below ground). 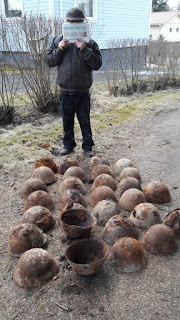 "Salvaged" helmets and the finder hiding behind a local newspaper.


On Sunday when I finally got to the site it was a complete mess. Someone even had tried (and managed) to dig a hole in the frozen ground, revealing (and breaking) even more helmets. Car tyre tracks on the site completed the sad sight. 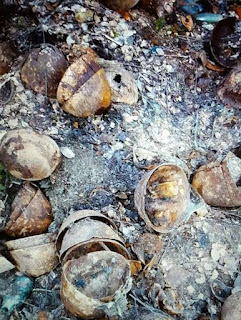 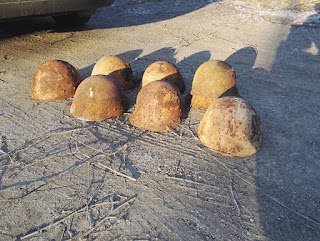 Dug (?) helmets, before beeing loaded into an awaiting car. Photo by unknown.

According to interviews made by the Finnish National Broadcasting network (YLE) the area might be the same that was used for storing captured and discarded materiel during the period 1941-1944.
After 1945 most of the helmets were sold for scrap metal value or remade into kettles etc... 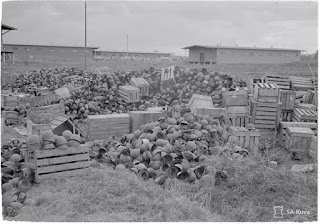 After my visit to the site on Sunday April 16th I felt that the site might well be worth an archaeological excavation too see what the area is all about. Let´s see if somethingcould be arranged here with the help of some local institutions. Still a valid question remains, what to do with the finds? Before that question is settled the unhindered looting goes on and that makes me really really sad...
Lähettänyt JFArchaeology klo 17:29