Snow was slowly falling but I just had to take one more drive to Hanko and have a last look at the site before winter. Maybe the reason for this was that we managed to get funding for excavations here in 2015 maybe it was just "the Rocker in me" looking for inspiration before the long cold winter sets in here in S. Finland. 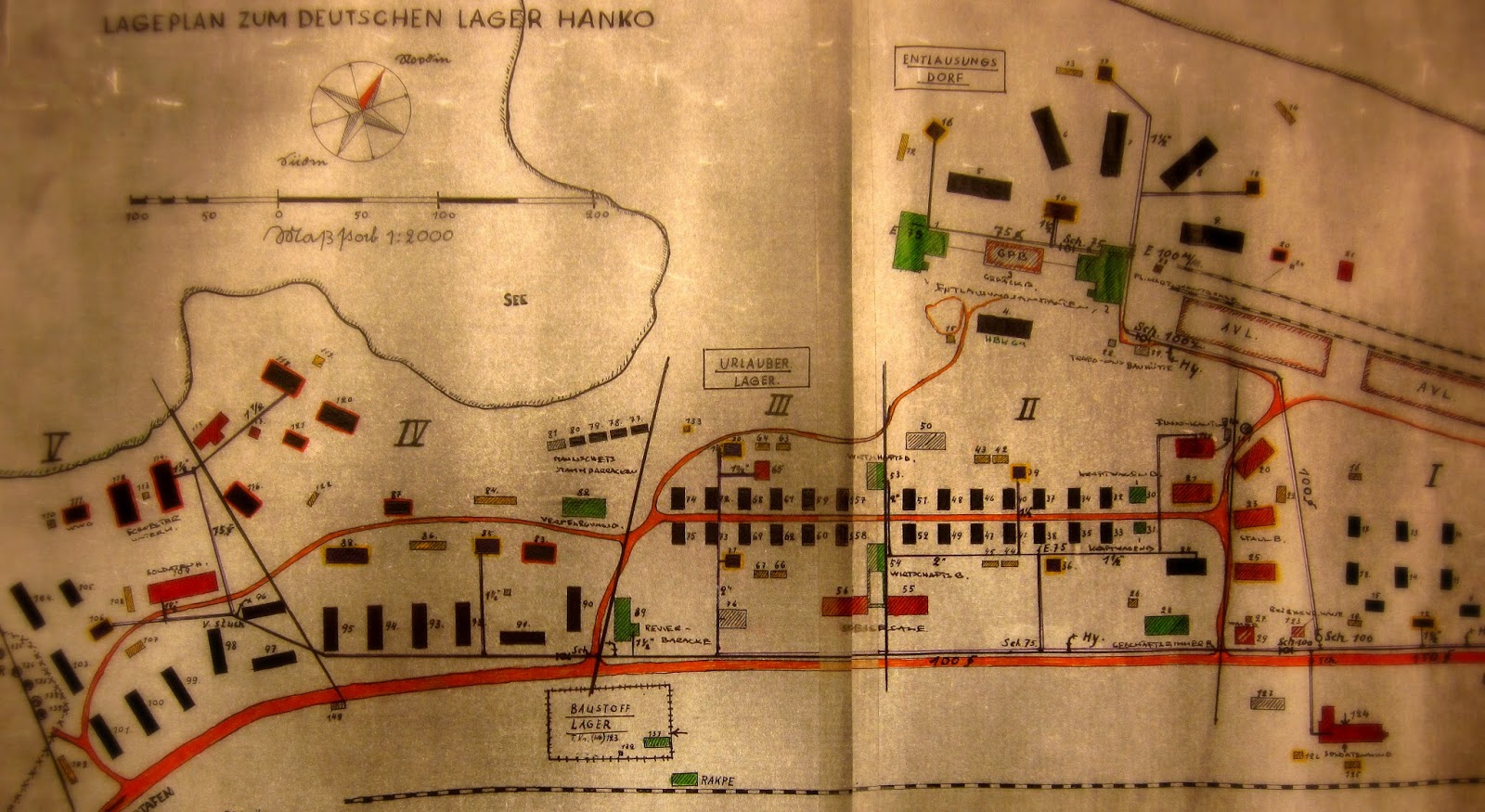 The visit was of course about surveying the site once more. We looked for possible WW2 dump areas and  located a huge one at the westernmost limit of the camp grounds. 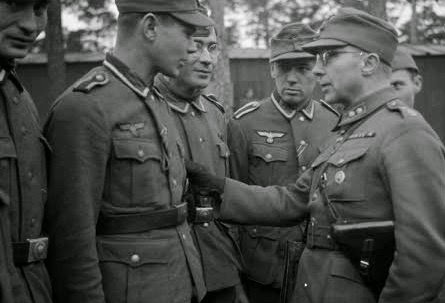 Hanko Tulliniemin in the spring of 1943, Finnish officer A. Breithotz adressing a Wehrmacht Unteroffizier..

As  small scale community archaeology excavations of the site are planned for may/june we looked a bit closer at two special areas. namely the area of the "Offiziersspeisesaal" and the "Ukrainerlager" area. We weren´t going for finds but merely surveying to be able to address the right excavation methods here in 2015. 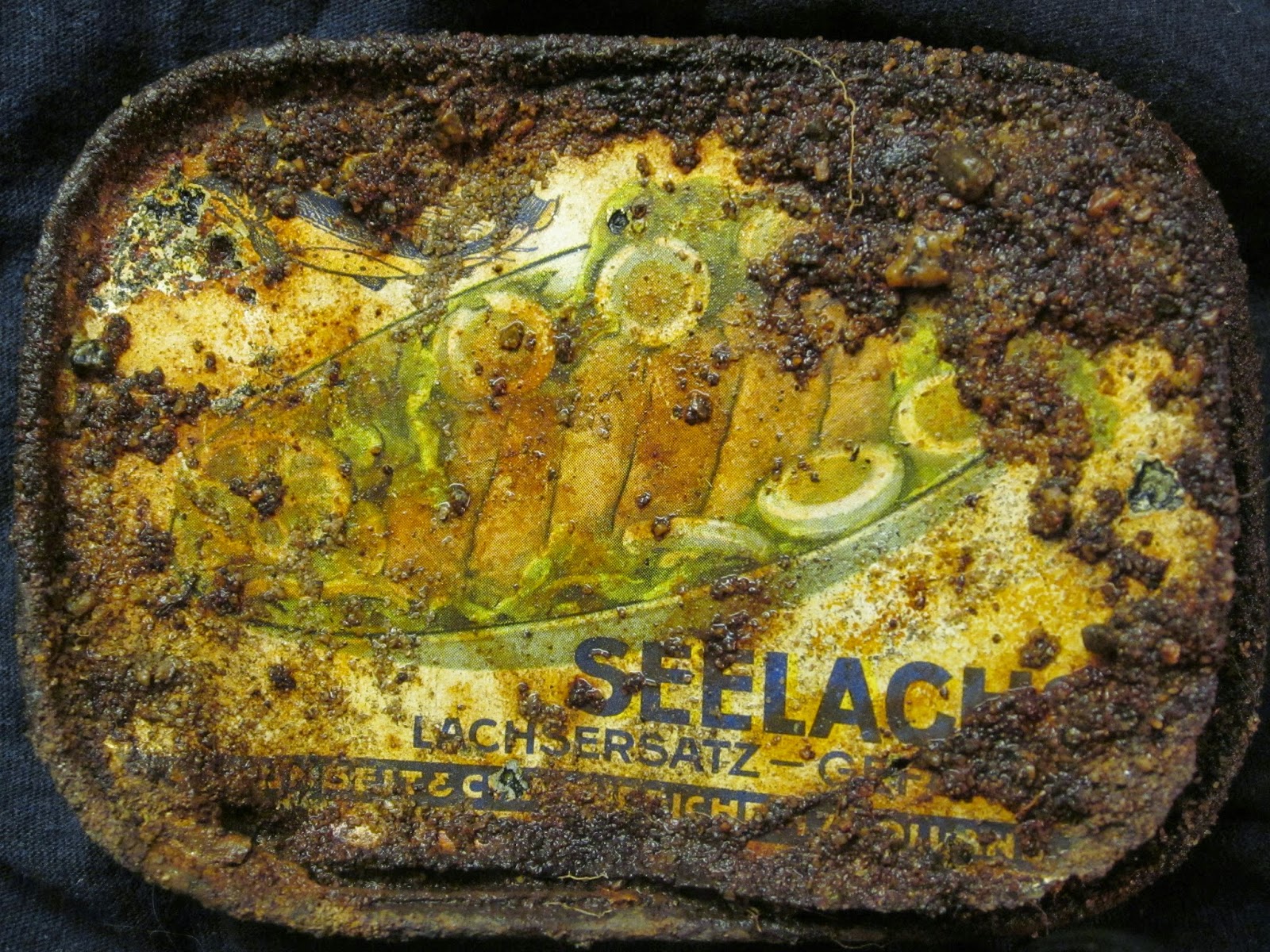 Despite the finds not being exactly over the expected the site holds what must be regarded as great promise when it comes to documenting the daily life of a WW2 German camp situated between the Vaterland and the Eismeerfront. 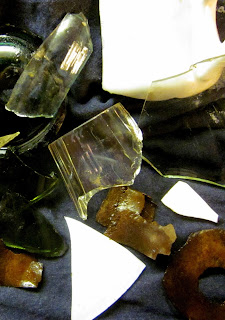 Broken glass and porcelain from a dump near the "Offiziersspeisesaal" area of the camp. 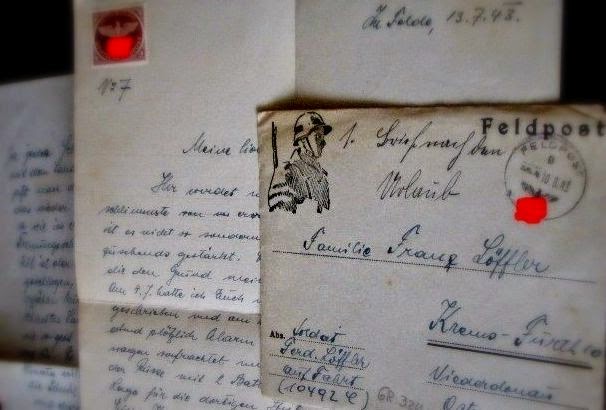 I´hope to be able to research the forgotten  histories of the tens of thousands of German soldiers who stayed here from 1942-1944. Historical documents such as letters, personal photos  and archaeological finds will be combined to tell the stories of the young soldiers  who passed here on the way to the Eismeer front or back home to their loved ones. 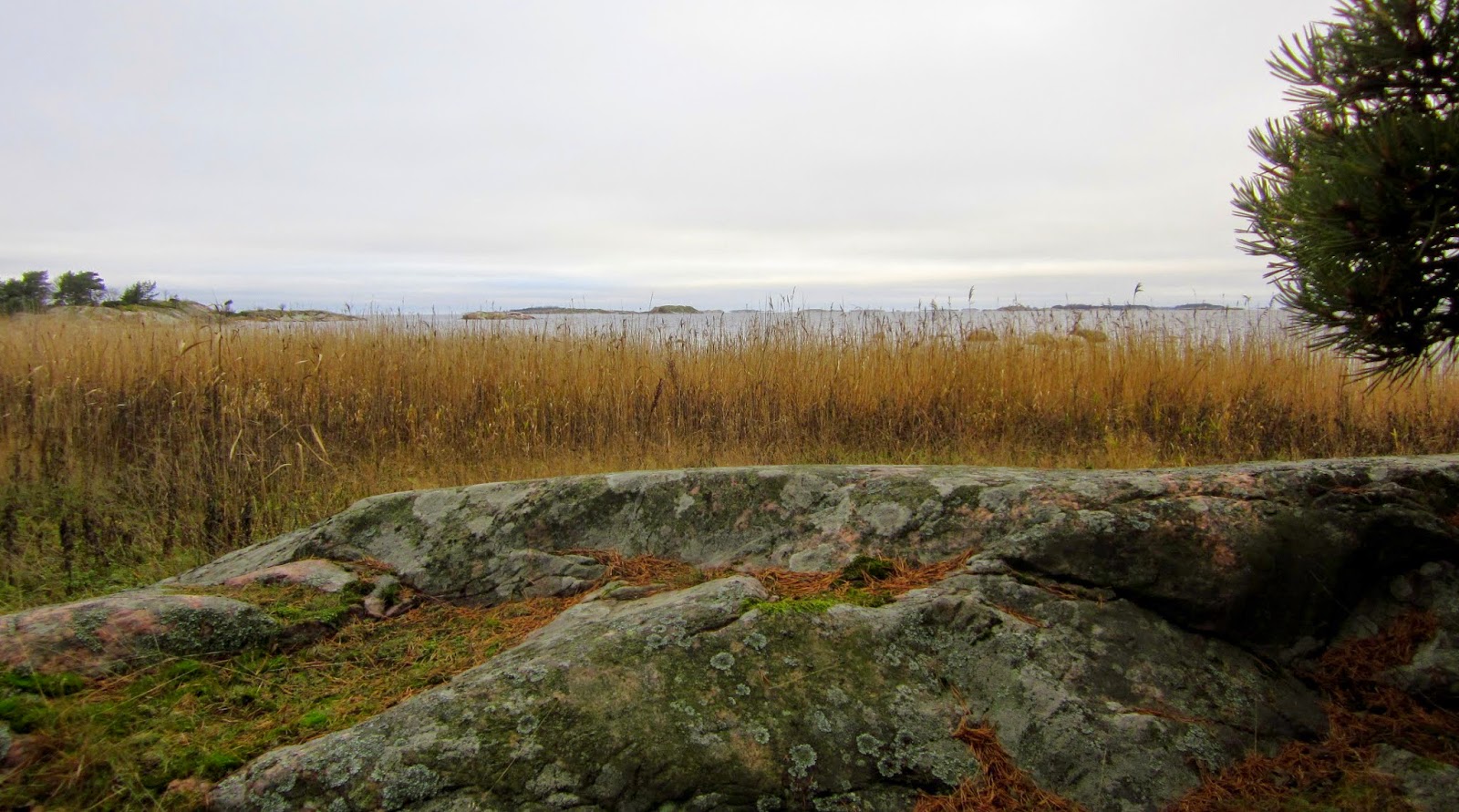 View towards the Baltic Sea from the "Offiziersspeisesaal" area.