Sadly it seem to be lacking its gemstone but nice ring even without it. According to Tryggve Gestrin at the Espoo city museum it dates to the 14th century and is the first of it´s kind in Finland.  It was found by a metal detectorist near  Espoo manor situated by "The Kings Road" and connecting Oslo, Stockholm and Wyborg.
Read more here:

Happy archaeologists from Espoo city museum (Tryggve Gestrin to the left and AnnaWessman to the right) with Antti Hirvinen the lucky guy who found the ring  in the middle! 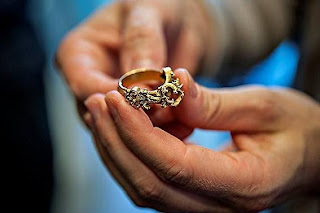 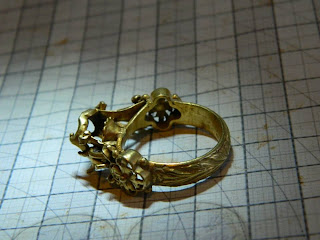 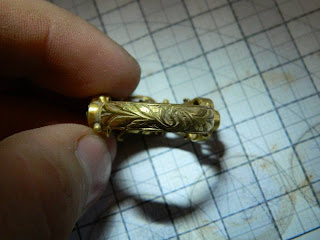